The Alex D. Krassas event center offers a stylish, spacious interior for your next event whether it is social or business, casual or formal.

Part of the historic St. Haralambos Greek Orthodox Church, the complex located on the corner of Harvard Avenue and 25th Street NW in Canton, Ohio.

The exterior is surrounded by beautiful landscaping, a courtyard and patio, all of which provide a perfect back-drop for your event. The interior has a spacious lobby area with rest rooms conveniently located.

We delight in helping you produce the finest in all types of events, including:

Weddings, parties, fundraisers, business meetings, and any event you can imagine we can host.  From an intimate gathering to over 500 guests, we have the space that can accommodate you.

The Alex D. Krassas Event Center is the perfect location for any occasion. Contact Stephanie Withers at 330-456-2766 or info@krassascenter.com. 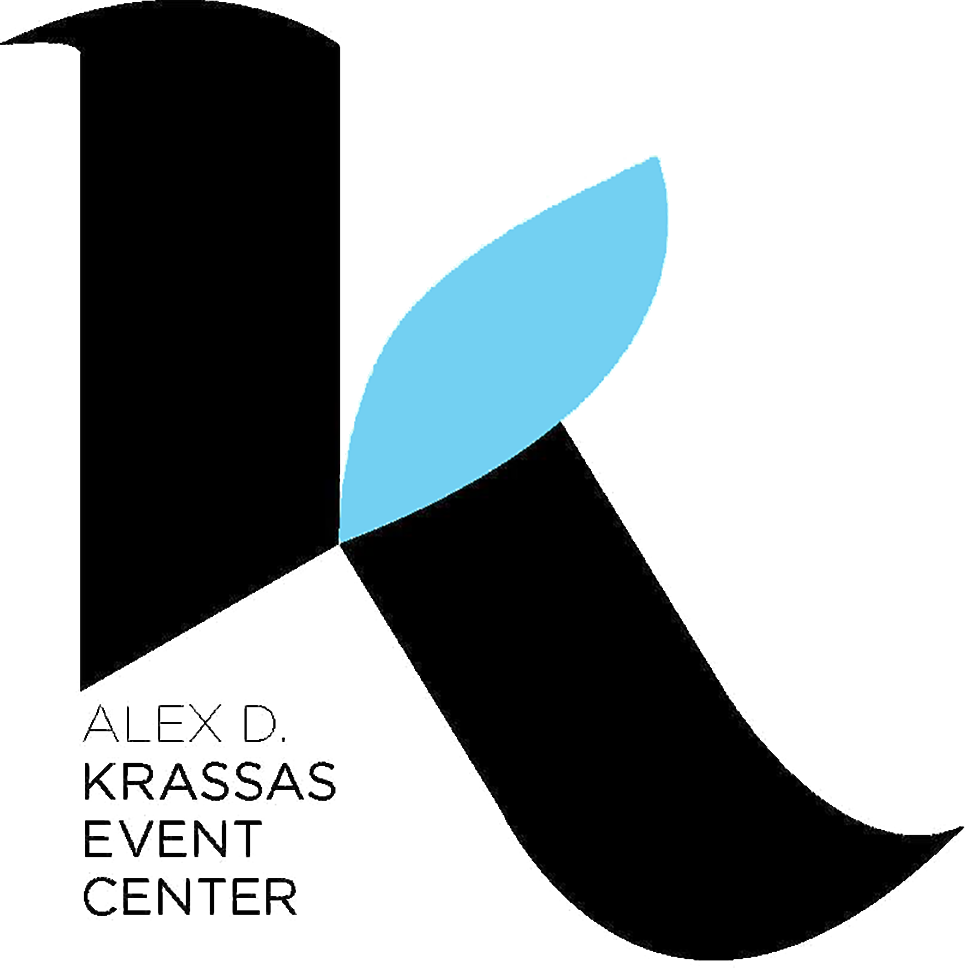 And how the event center came to be 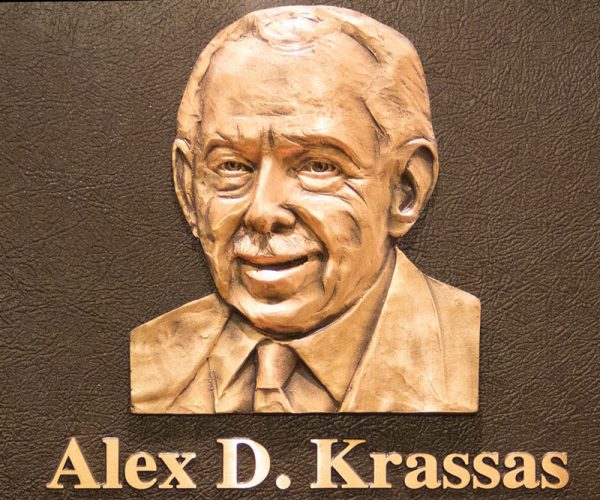 Alex Krassas was born in the village of Glossa on the island of Skopelos in 1912. He attended school through sixth grade and then left his formal education to labor in the fields with his father. A hard worker, he branched off from the family farm to run small businesses of his own, and ultimately owned and operated a successful restaurant in the port area of Glossa. He immigrated to the United States in December 1939 to join his brother who ran a small grocery store in Pensacola, Florida. There, he worked from 5 a.m. to 11 p.m., seven days a week, 365 days a year. His pay: a dollar a day.

In 1942, he was drafted into the Army Air Force and achieved the rank of sergeant. There he met Canton native Nick Berbelis. During a visit with the Berbelis family, he met Stella Trifelos. The couple married in 1947 and settled in Canton, where Mr. Krassas, who was trained as a meat cutter in the military, used savings from his military pay to open a retail meat business. He eventually expanded it into a meat and grocery business. In the years after retiring from that business, he pursued various investments in the stock and bond markets, where his financial success made possible his generous gift to the church.

The idea for an event center came from a discussion with a member of the St. Haralambos Parish Council in the mid 1980s. Mr. Krassas learned that the council wanted to build an event center, but the plan was shelved because no funds were available. Mr. Krassas liked the idea and believed an event center would greatly benefit the church. He decided that if he were ever in a position to do so, he would provide the funds for the building. That dream was realized with the groundbreaking for the Alex D. Krassas Event Center in the spring of 2009 and its dedication during the St. Haralambos name day celebration on February 14, 2010.